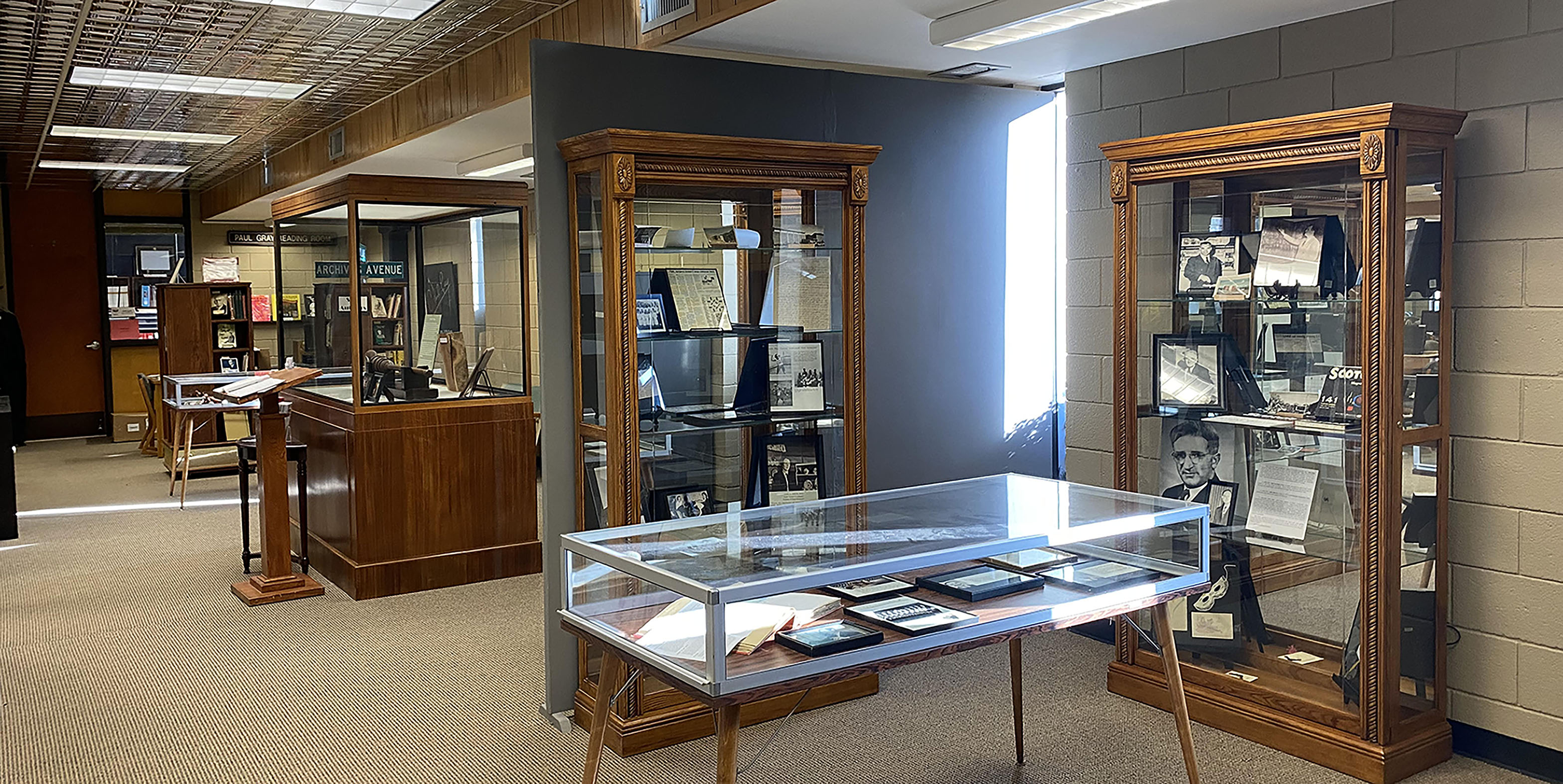 Home > About The Archives

The idea for the creation of the Fred Floyd Archives came from Dr. C. Paul Gray while he was teaching the history of the Nazarene Church in the Theology Department at Bethany Nazarene College. In hopes of adding interest to his classes, he wrote the Nazarene Headquarters in Kansas City asking to borrow any slides that they may have containing pictures from the early days of the church. To his disappointment, they sent back a dozen slides with a note saying that these were all that they had. This sparked the idea of starting a Nazarene Archive to collect the stories of the Church History for future generations of Nazarenes.

Several years later, he experienced another event that spurred him to action toward this goal. While at a revival in Texas, he was shown two old books that had been found at a local flea market. They turned out to be ledgers containing the minutes from the formation of the Nazarene Church. Many years later he wrote about the event wondering “How much more material from those early days of the Church of the Nazarene has been cast aside as worthless? And how much is in danger of being lost now?”

Using this story to argue for a Nazarene Archive, Dr. Gray presented the idea to the librarians at a Conference for the Nazarene Colleges in the US and Canada in 1978. By 1984, every college had created their own archive, in addition to a central Nazarene Archive housed in Kansas City. Dr. Gray decided to retire from teaching in 1982 and took on the project of creating the Archives for BNC. In 1985, the school board decided to name the Archives in honor of Dr. Fred Floyd, a history professor who had donated a large portion of his personal collection of resources about local and church history to the Archives.

In 2001, Dr. Gray retired from his position and recommended that Marion Snowbarger take over the job of the Archives Director. As the Acquisitions Librarian for SNU, he had gotten to know Dr. Gray and hear about his work. This led to his being chosen as the Archives Director by Dr. Gray. While Archives Director, the Director position became paid rather than a volunteer position due to the creation of a generous endowment that is still providing the funds for the running the Archives today. He also served on the committee in charge of creating the Bethany Centennial History Book published in 2009. His favorite moments as Archives Director include the dedication of the C. Paul Gray Reading Room, in honor of his mentor and the ability to hire Corbin Taggart as his successor.

In 2012, Corbin Taggart was hired by the school to run the Archives. Corbin spent his summers working at the Nazarene Archives at the Church of the Nazarene Headquarters in Kansas City while he was in high school. When he came to SNU for college in 2007, he began working in the Archives as a student assistant under Marion Snowbarger. When he graduated in 2012, he took on the role of the Archives Director. During his time with the Archives, the object records were added to a computer system. Corbin forged strong relationships with Bethany community members at Southern Plaza, and through involvement with The Academy of Senior Professionals. He also started including the Archives into the school community through the use of Archives materials for class assignments. His favorite accomplishment was beginning the Archives digitization program and providing digitized content to patrons through the Weslyan Holiness Digital Library.

In 2018, Julie Lyles was hired as the first paid full-time Archives Director. Before being hired, Julie had graduated from SNU with degrees in Music and History. She then went on to achieve her master’s degree in Museum Science from Texas Tech University in 2018 before coming back to her Alma Mater. In 2020, the archives was awarded a grant from the Oklahoma Historical Society for the improvement of the Archives storage facility. Her favorite accomplishment is running an oral history event for Alumni and students at Homecoming of 2019.